Brooklyn is a one of those places that is ever changing and new hotels and restaurants are popping all over the largest borough in New York. The borough has different areas with their own personality and there is so much to see and experience. Here is a list of five hotels in Brooklyn, New York great for a Brooklyn adventure.

One of the first designer hotels in Williamsburg, Brooklyn. It is in a converted factory and features a rooftop terrace and a hyped restaurant, Reynard. The rooms are airy and have steel framed windows from floor to ceiling. Some of them with a view to Manhattan. The décor has been sourced from local manufacturers and the minibar features products from Brooklyn artisan. 80 Wythe Avenue 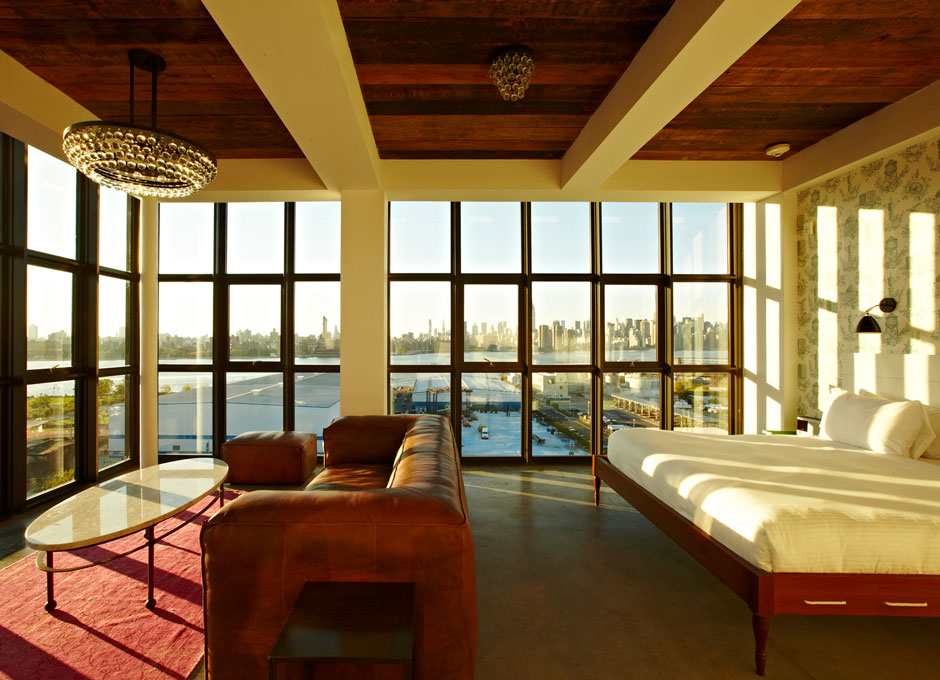 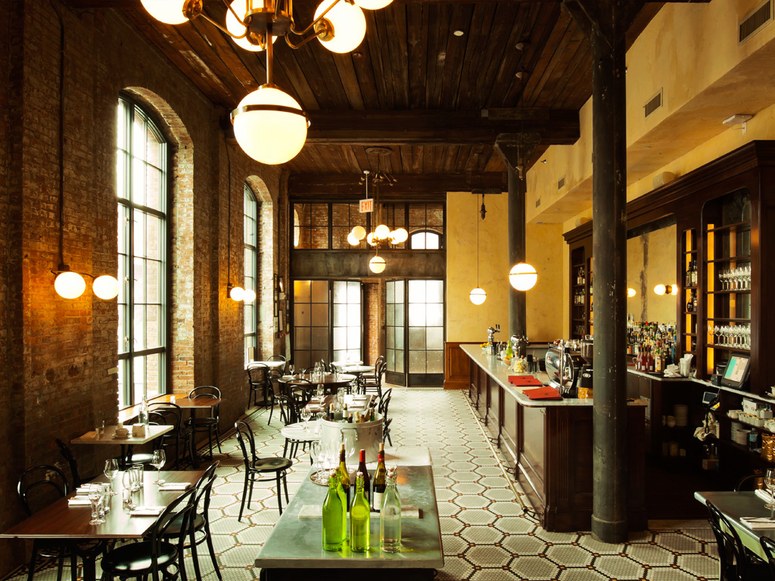 New hotel located right next to The Wythe Hotel. The rooms have a homey vibe and have floor to ceiling windows. The bathrooms are quaint and features turquoise coloured tiles and brass fixtures. And in the autumn of 2017, the rooftop will open with a pool perfect for those infamous hot summer days in New York. 96 Wythe Avenue 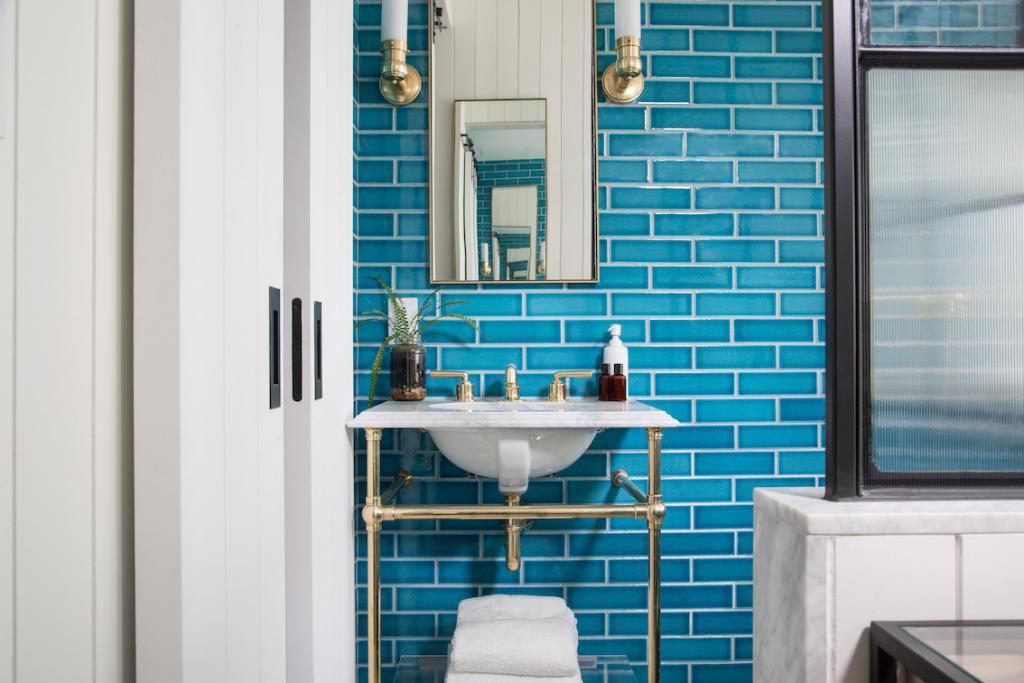 One of the newest hotels in the area, this modern, sleek hotel is already a hit with tourist and locals alike. The décor of the big, airy rooms is light and with a certain Scandinavian aesthetics to it and with lots of artwork in the rooms. The hotel features an outdoor pool, which is a luxury in the cramped city of New York. 111 N 12th Street 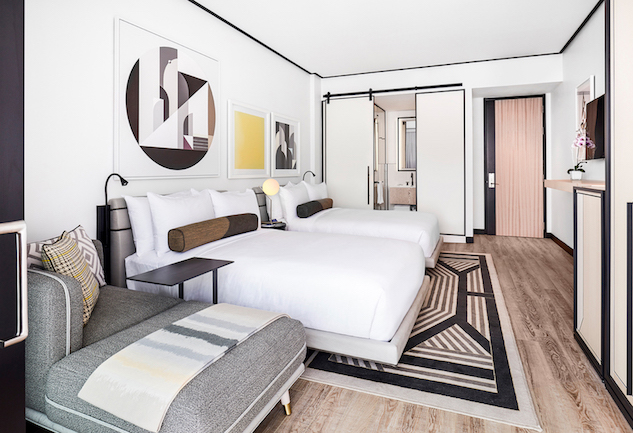 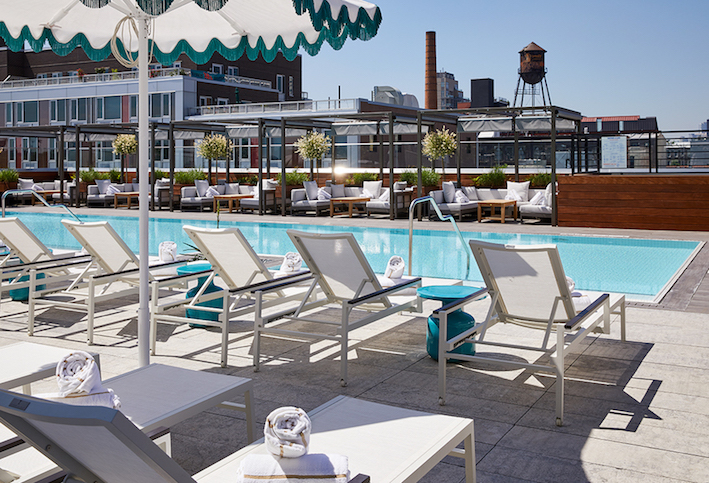 Opened earlier this year, the 1 Brooklyn Bridge hotel is committed to going green. The hotel is powered solely by wind, there is a fleet of Tesla cars for the guests of the hotel and a lot of the material used to build the hotel was reclaimed. The look of the room is sustainable chic and several rooms have a view to the Brooklyn Bridge. Oh… and the hotel is located right by the East River. 60 Furman Street 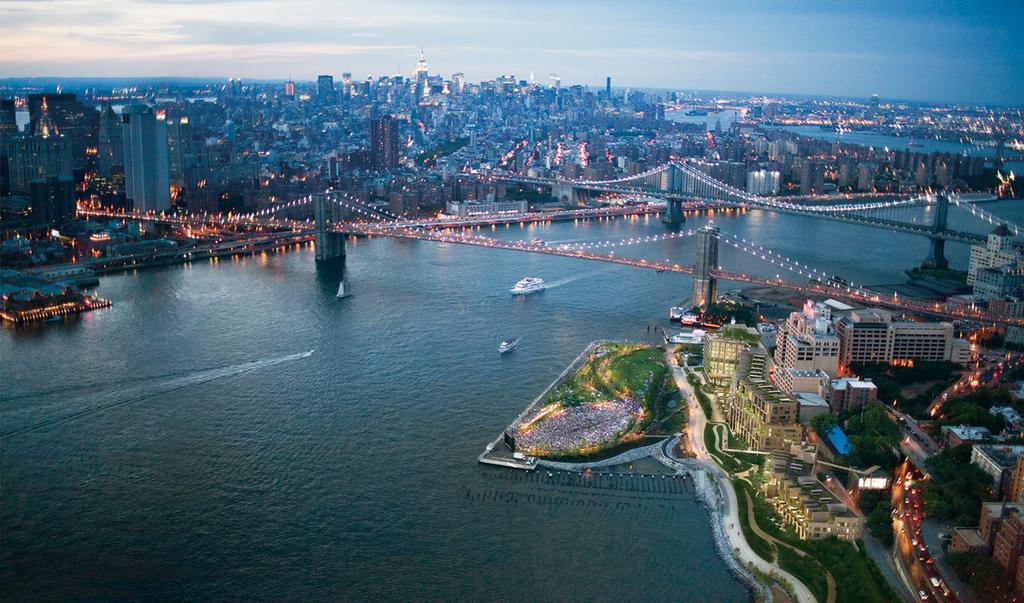 As the name indicated, this hotel also features a pool. It is the privilege of luxury hotels in Brooklyn, where there is just a tiny bit more space than Manhattan. Another hotel opening in Brooklyn in 2017, this hotel has a fun, Brooklyn hipster vibe with a twist of laidback Los Angeles. The rooms are spacious and with a view to the McCarren park or the pool. 160 N 12th Street 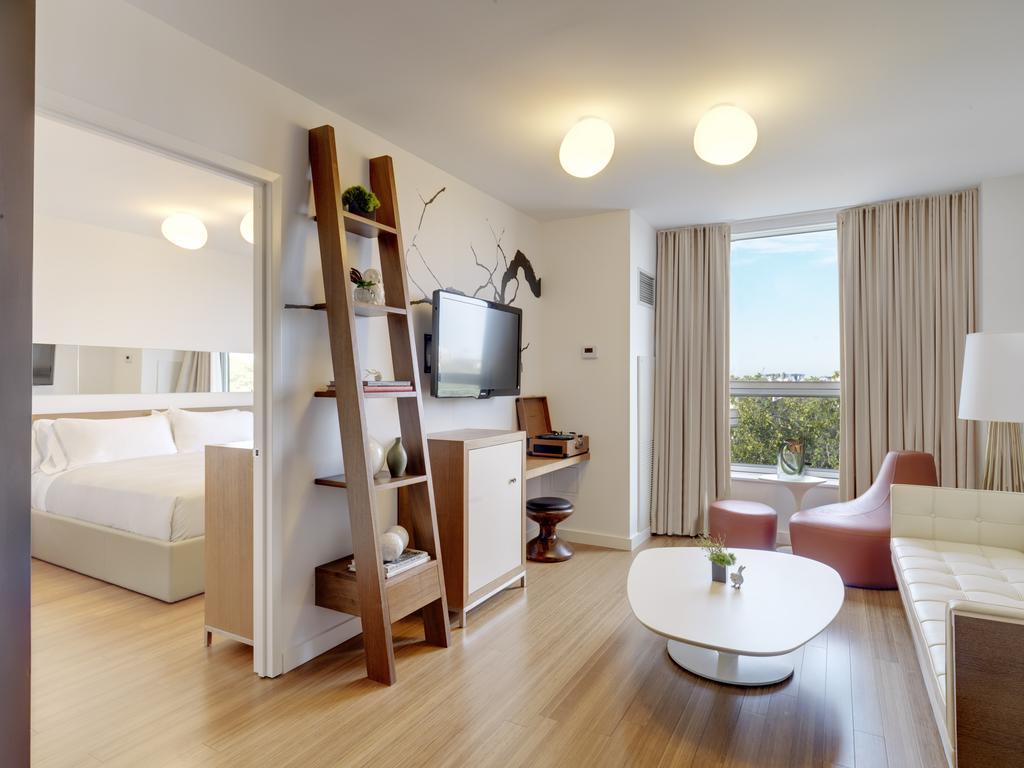 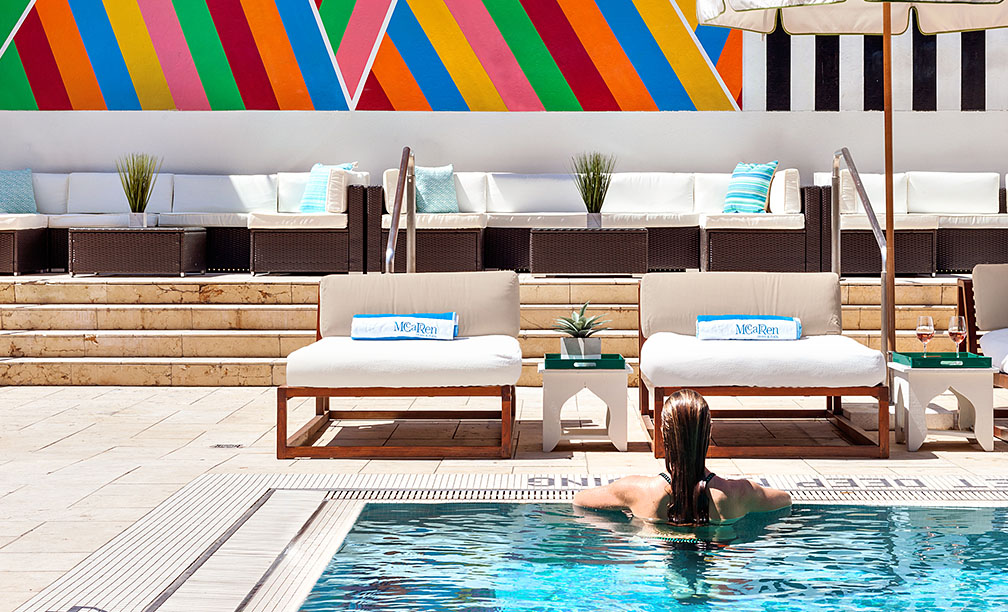