This travel guide to South West Denmark will provide you with an idea of the highlights of the area. I mostly travel outside of Denmark. There is something about jumping on a plane and travelling to an exotic destination. But I love travelling in Denmark as well and I need to step up my local travel game. So, when I was invited to explore the South West region of Denmark, I jumped at the chance.

Recently, the area has been attracting a lot of international attention. New York Times, Vogue and CNN have all been reporting the wonders of the region over the last couple of years. And let me tell you, it lives up to the hype! The nature of the region is incredible. From the wide white sandy beaches of Vesterhavet to the natural phenomenon of sort sol (black sun) around the Wadden Sea. The architecture is up to par with our international neighbours. The best examples of integrating modern architecture with nature are the new Vadehavscentret by Dorte Mandrup and the Tirpitz bunker/museum by Bjarke Ingels/BIG. And the food… oh the food.

Let me start the travel guide to South West Denmark. I have divided it into three smaller areas to work with. Doing all three in just three or four days is doable, but I recommend a few more days. Rent a car and drive around the scenic countryside.

Thanks to Colin John Seymour, Anders Schonemann and Claus Bech Paulsen for use of their amazing pictures. 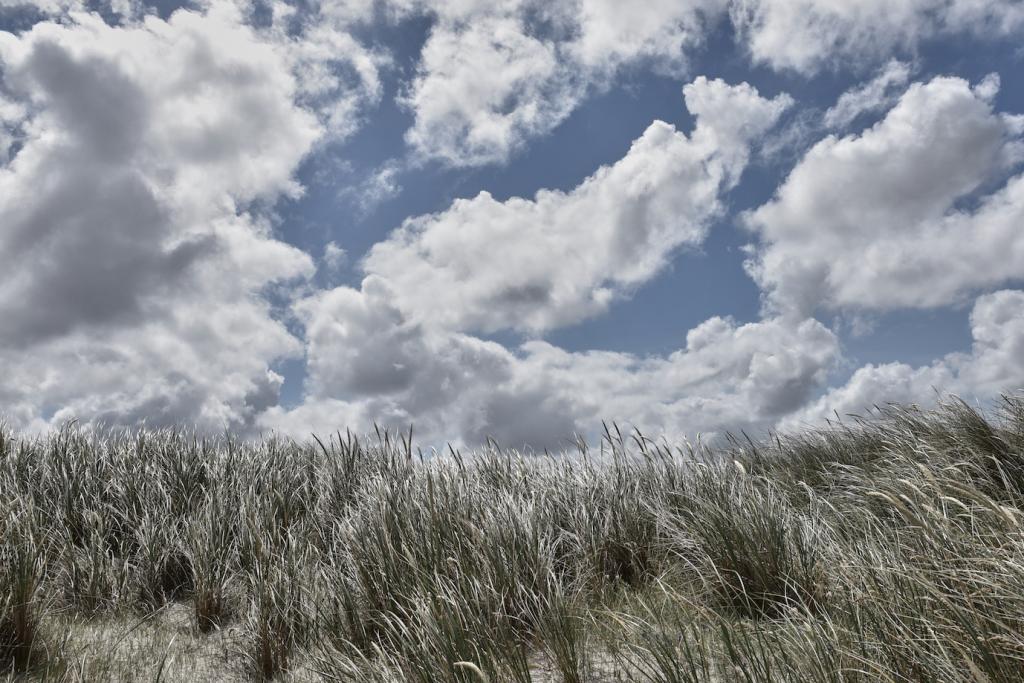 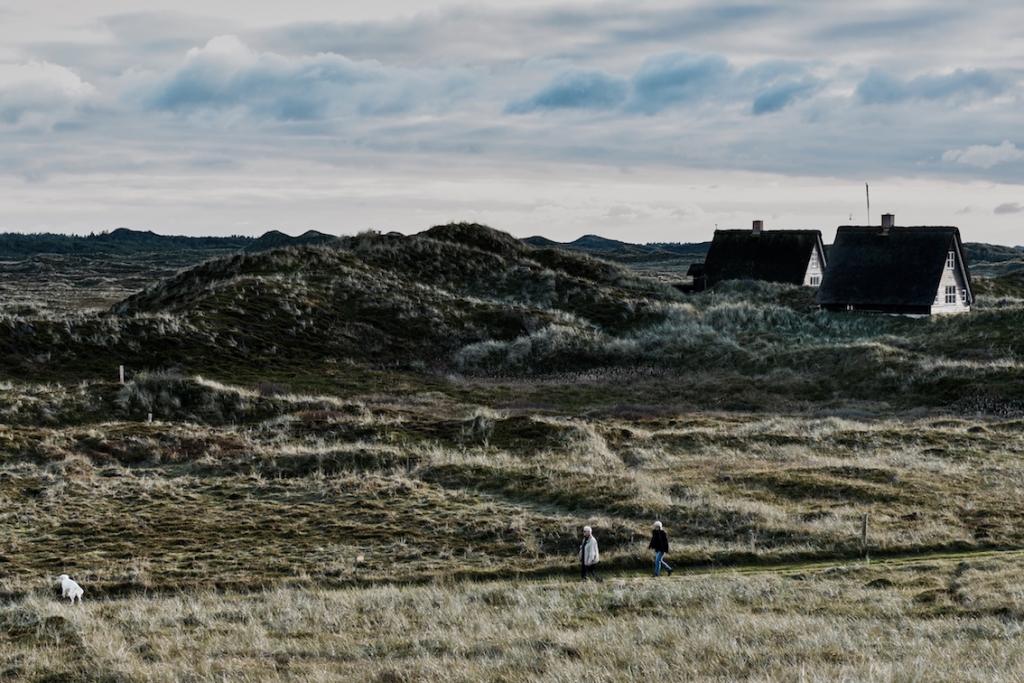 This is one of the best places to have either dinner or lunch in the area. It dates all the way back to 1790, when it was a highway inn and guests parked their horses outside the inn. Nowadays, the horsepower is slightly different and you see Ferraris lined up next to Range Rovers. It has also been home to artist guests such as the Danish painter Johannes Larsen.

About ten years ago, it was taken over by the Skouboe family. They hired the renowned British-Danish chef Paul Cunningham as head chef. He made sure that they got no less than two Michelin stars. They deserve them to the fullest. The food is incredible. It is a reflection of the wild moor that surrounds the inn. The produce is some of the best in the country. They have their own garden, where they grow a lot of the vegetables and fruits. But they also work with some of the best suppliers in the area.

The meals consisting of several courses changes regularly. We had buck, which was literally shot just around the corner, for one of our main courses. The kitchen is fusion of the French and Danish – luckily two of my favourite kitchens. Cod from Hvide Sande, pork from Grambogård and Jegindø lobster are on the menu. Make sure to try the homemade biga bread, which is made from a sourdough named after Helena Christensen.  Strandvejen 234, Henne 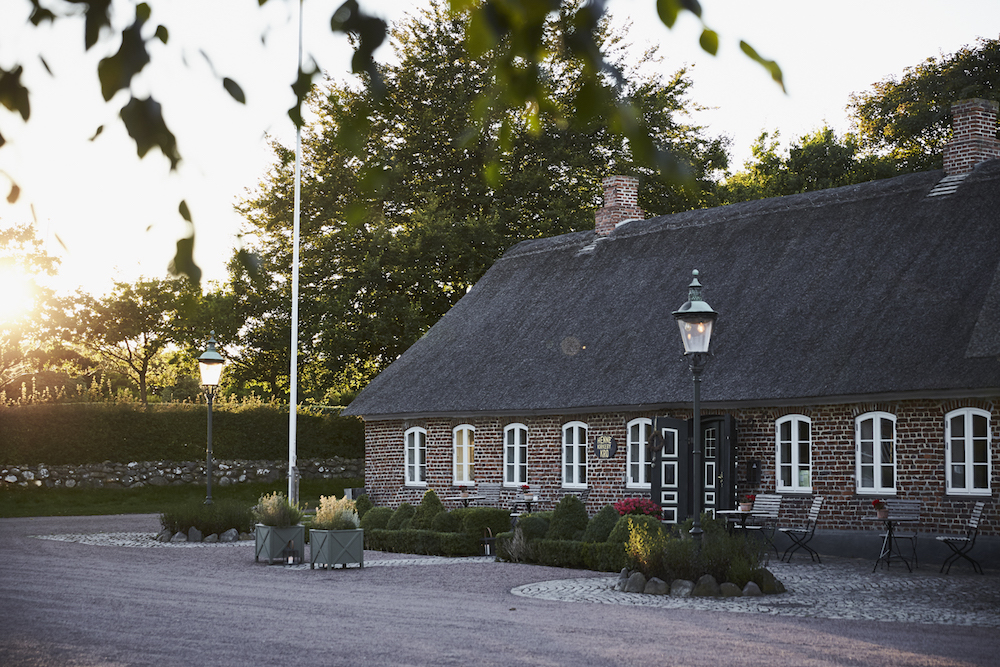 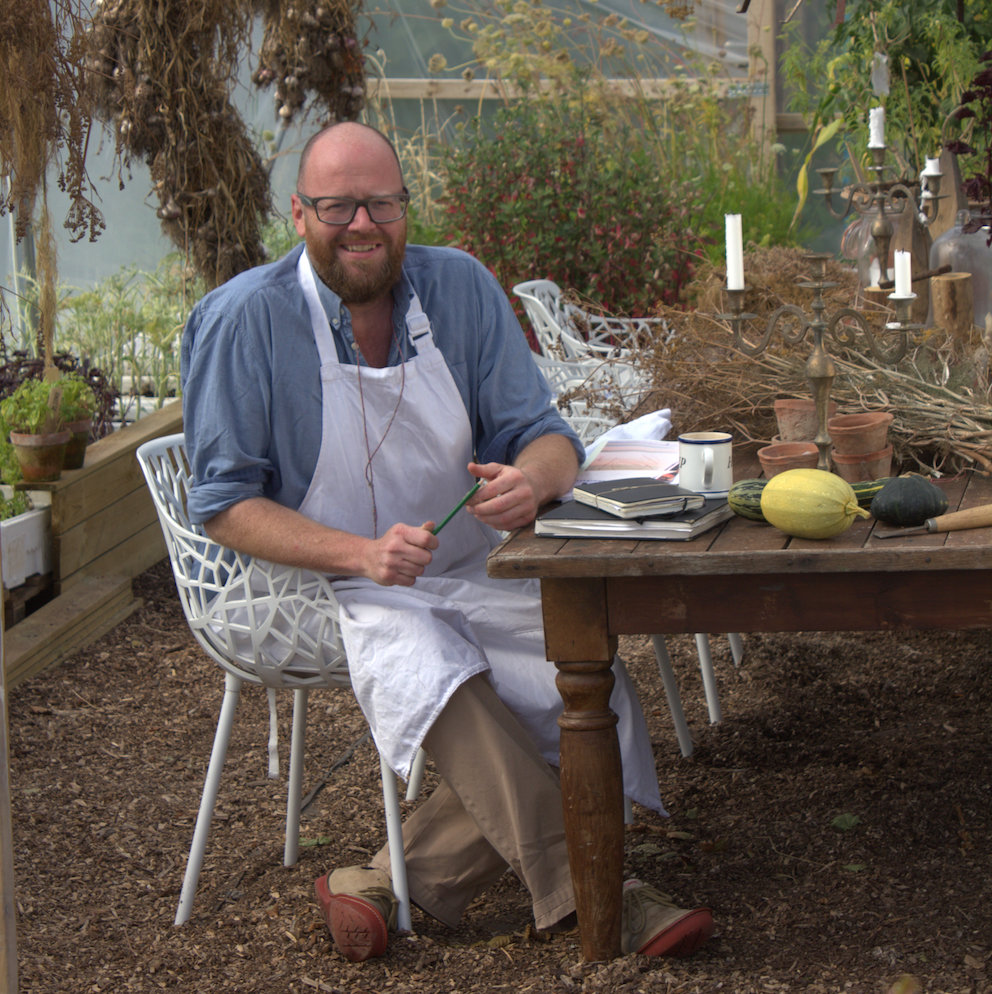 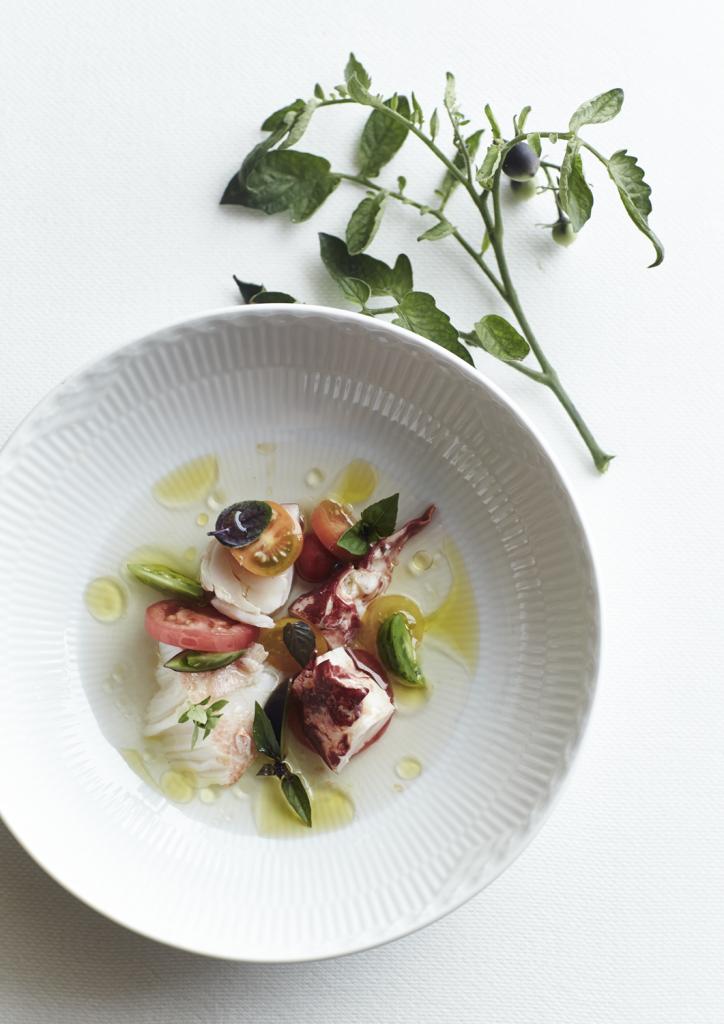 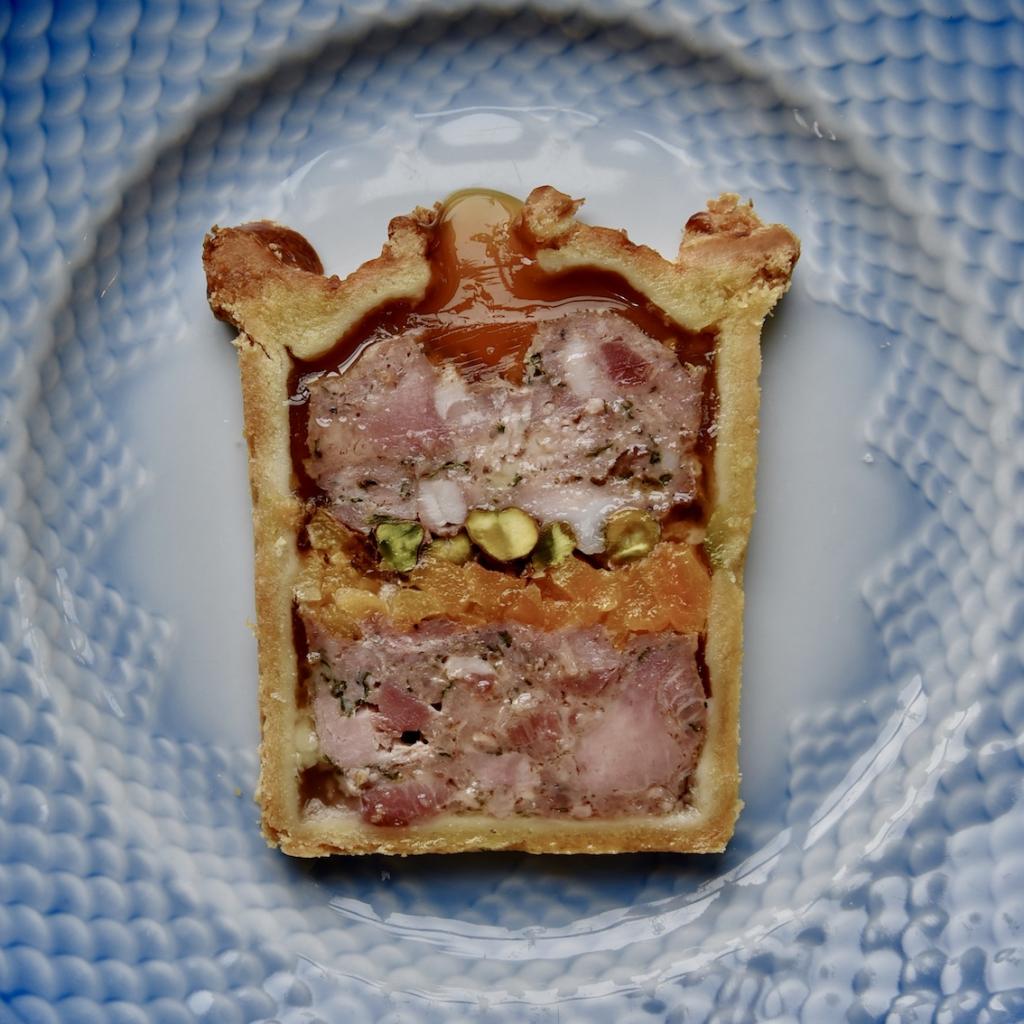 This little pearl of a hotel is hidden in a sand dune in the middle of a nature reserve. It was designed about a hundred years ago by the Danish architect Poul Henningsen. Ever since, it has been attracting people, who want to disconnect and relax by the sea. Long walks along the coast of Vesterhavet or in the windy nature reserve with the wildlife. The restaurant serves delicious organic food and the fillet of plaice with new Danish potatoes comes highly recommended. The equally organic breakfast buffet is the right way to start of your day exploring the area. Hennemølleåvej 6, Henne

If you have an interest in ceramics, I can highly recommend a visit to Henne Keramik. The ceramicist Kirsten Winther Johansen creates amazing one-of-a-kind pieces of ceramics in a colour palette of grey, black and blue. A lot of the ceramics and stoneware is inspired by artefacts from other cultures. You are able to buy Kirsten’s pieces in the combined store and workshop. Frederiksberg 9, Henne Stationsby

In the remains of an old German bunker from WWII is the latest architectural masterpiece in the area. BIG/Bjarke Ingels Group was able to integrate an underground museum in a bunker as well as a sand dune. And still make it look like a piece of modern architecture. The museum is designed in steel, concrete and glass – and kept in colours to compliment the area’s natural surroundings. Exhibitions highlighting the history of Vesterhavet and the dark period during WWII seen from both Danish and German sides. Tirpitzvej 1, Blåvand 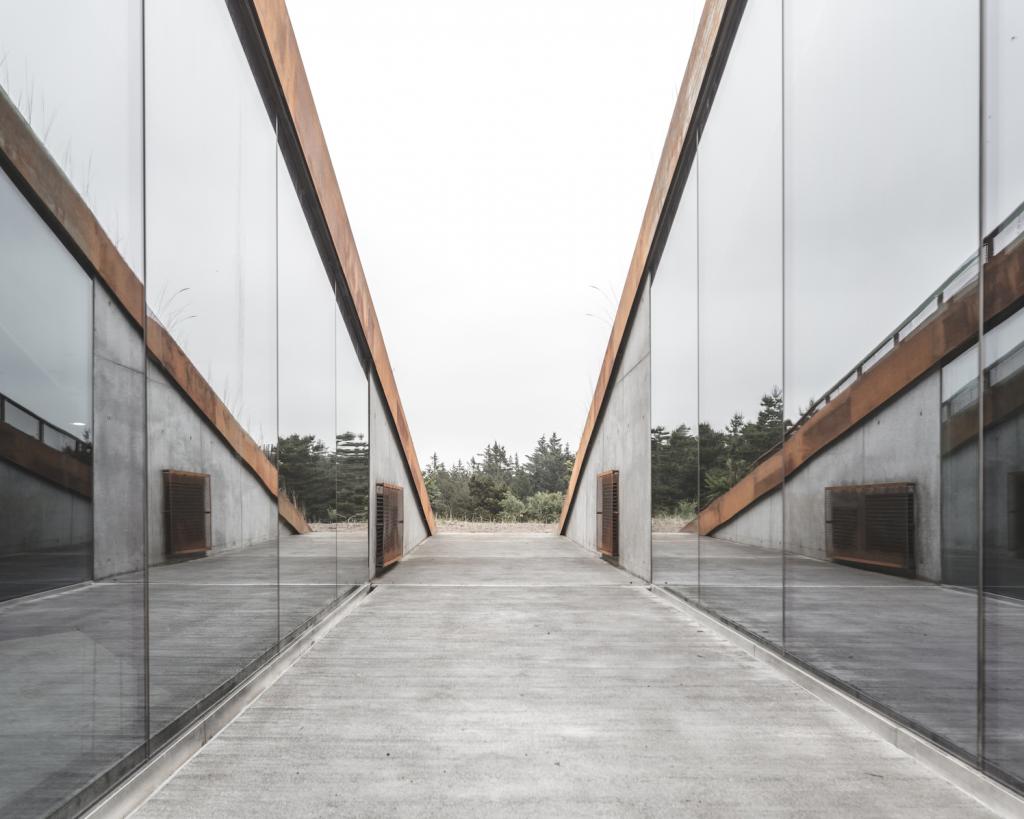 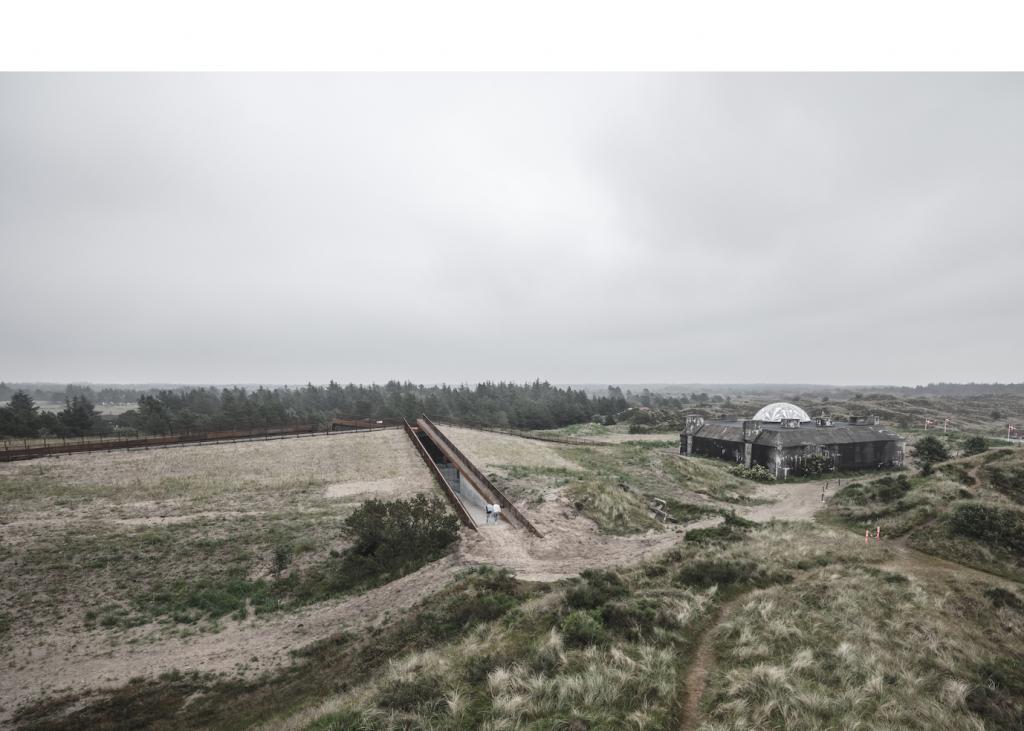 One of the best places to stock up on supplies is the deli Hr. Skov in the small coastal village Blåvand. I went shopping for specialities such as sea buckthorn mustard, blueberry snaps and ramson oil. All made from local ingredients. But you can also have lunch or order takeout and enjoy the tasty treats by the sea or somewhere in the nature reserve. Blåvandvej 37, Blåvand

Located right by the Wadden Sea, this museum will give you the introduction to the sea, which has been declared UNESCO World Heritage site. The unique nature of the Wadden Sea is home to millions of birds, seals and much more. Besides giving an introduction to the area, the building itself is an architectural masterpiece designed by Dorte Mandrup with the utmost respect for the area and the traditional houses of the Southwestern part of Denmark. Okholmvej 5, Vester Vedsted, Ribe 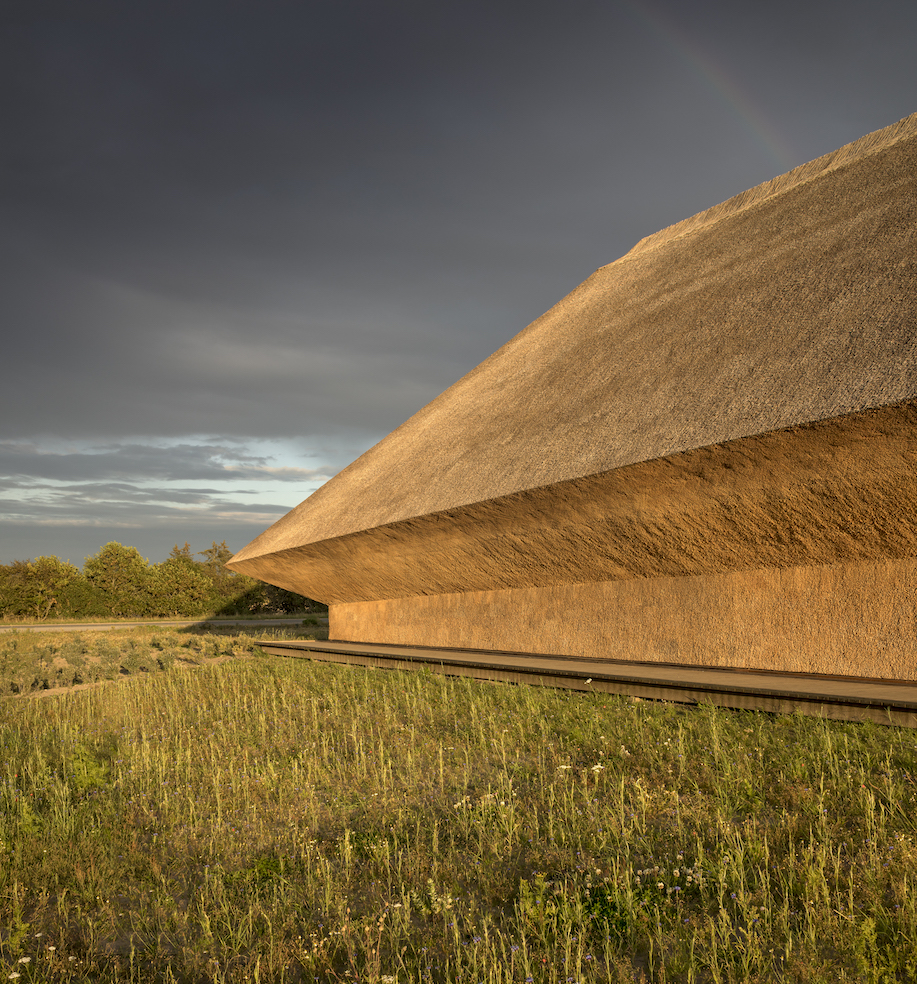 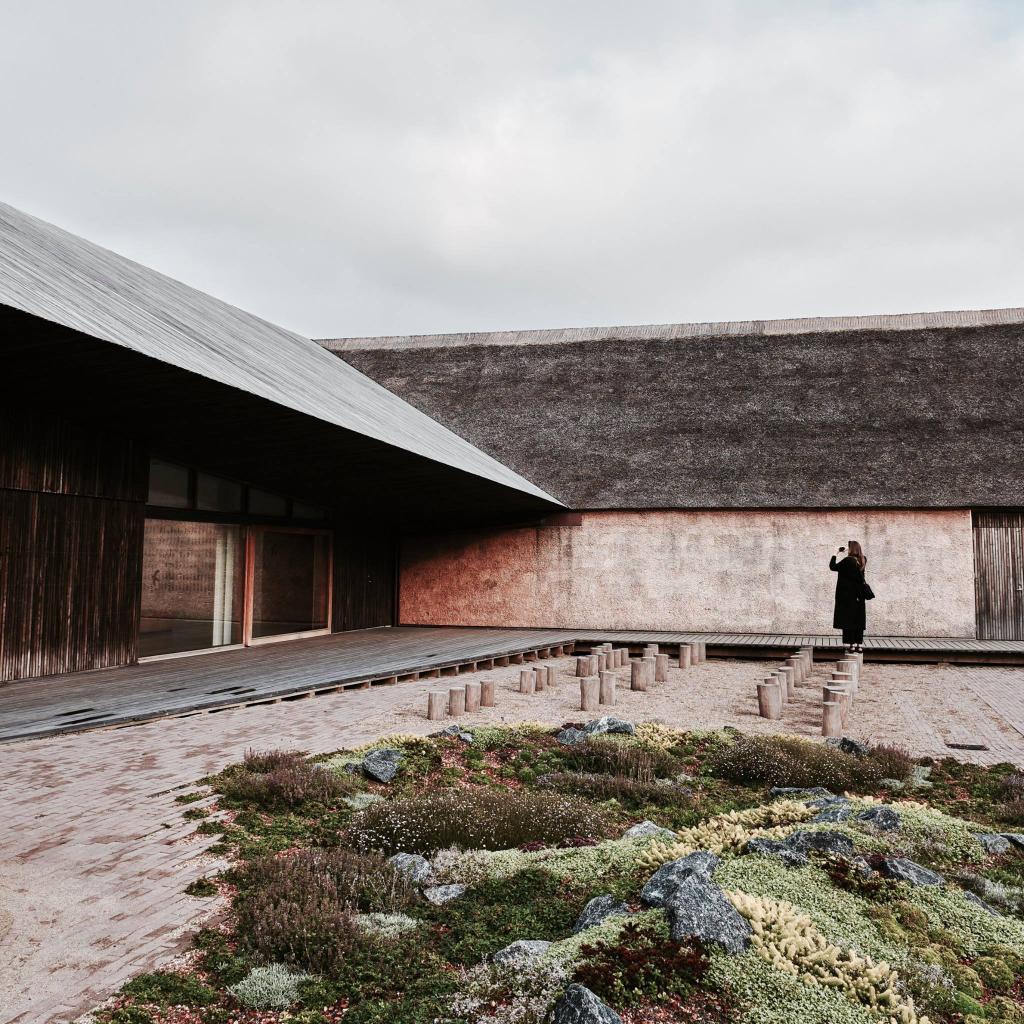 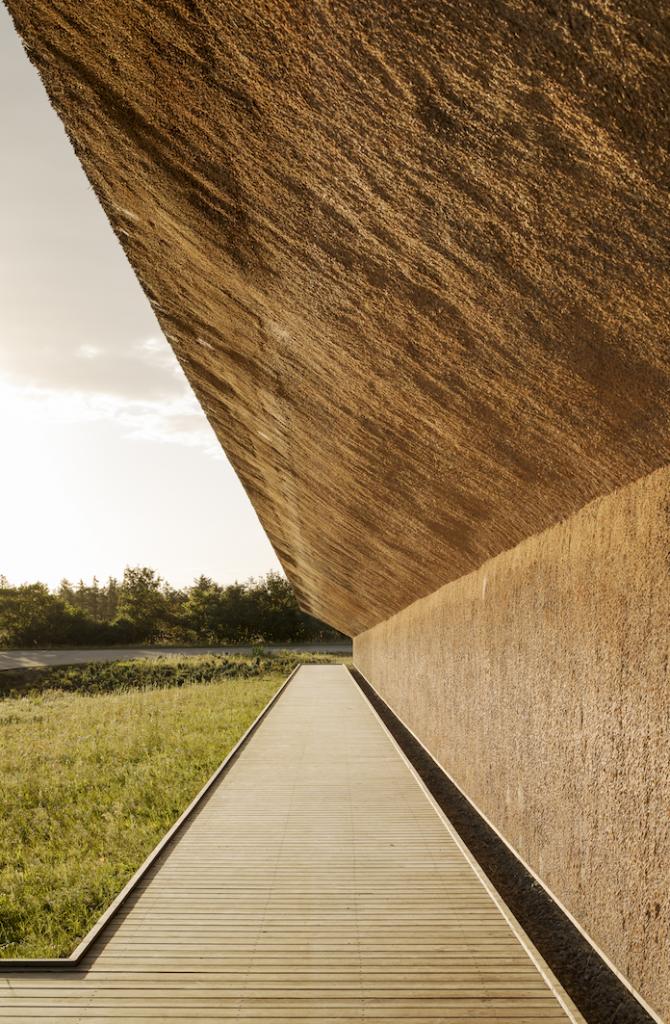 In the spring and autumn, you are able to spot the incredible natural phenomenon of sort sol (in English black sun). Large numbers (up to millions) of migrational starlings gather in the marsh on their way either north or south depending on the season. In the hours after sunset, the birds gather in huge formations just before they decide on a location to roost for the night. The formations move in the most beautiful coordinated ways and it is a treat to experience. Bring warm clothes, a camping chair or blanket and a cup of hot coffee or tea. 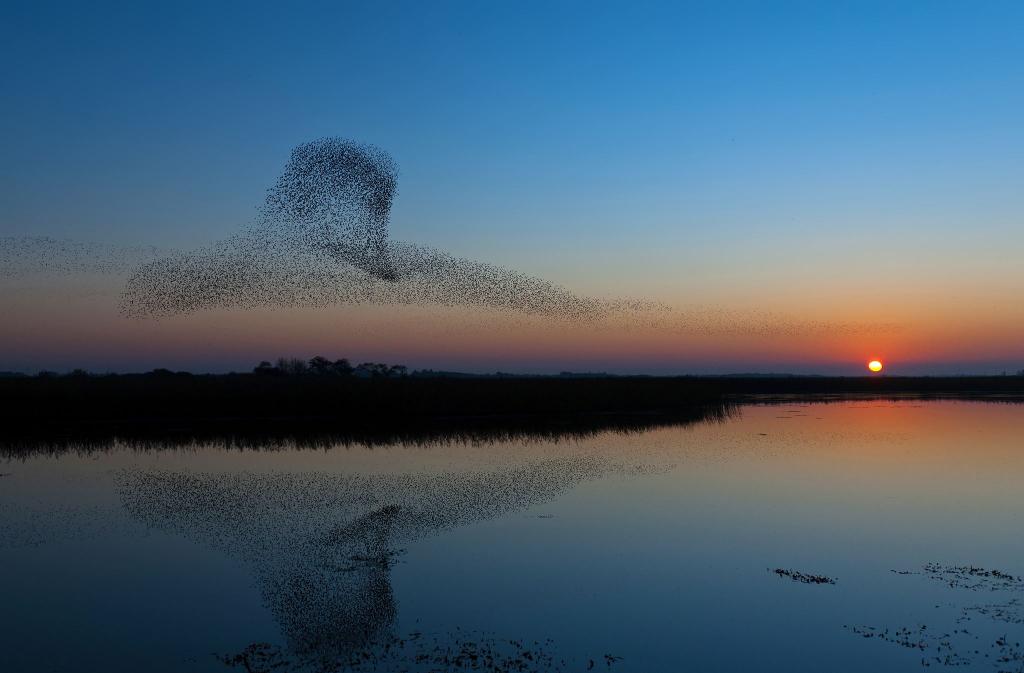 I love a classic beach hotel, where you can wake up to the beautiful view of the ocean. In Hjerting, one of the few traditional Danish beach hotels has recently been renovated. Most rooms have a view of the ocean and you can fall asleep to the sound of the waves crashing. And they are all furnished with Hästens beds, so one way or another you are guaranteed a good night’s sleep. The breakfast buffet is dreamy with homemade jams and chocolate spreads to spread over the delicious homemade Danish bread. The restaurant features a menu with sustainable dishes from the New Nordic cuisine. They have created their own versions of local recipes with the best produce from the region. Strandpromenaden 1, Esbjerg 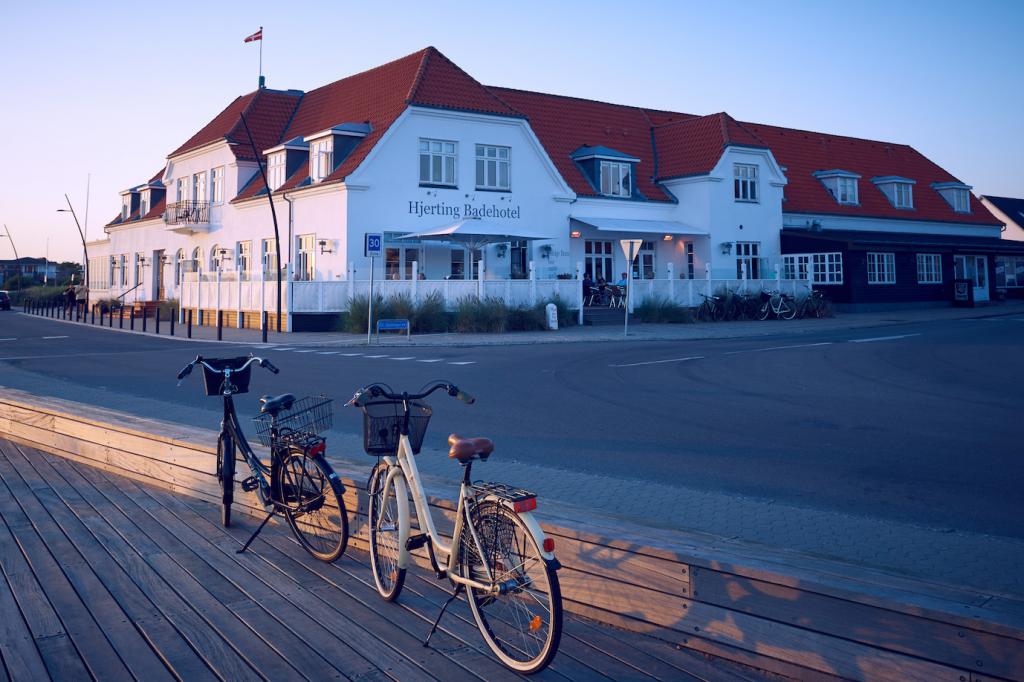 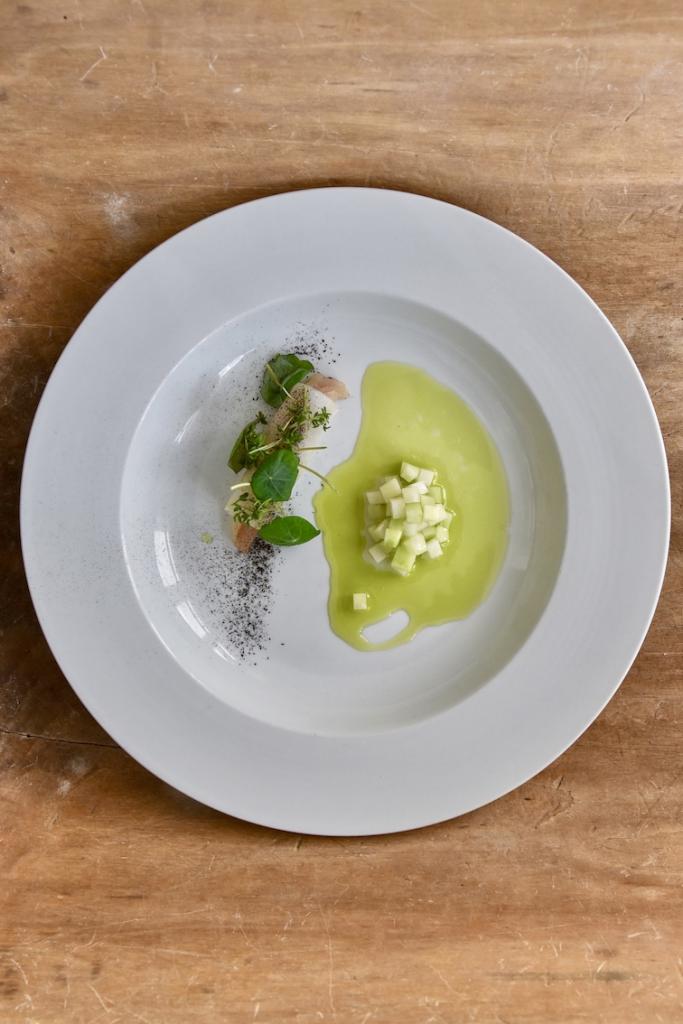 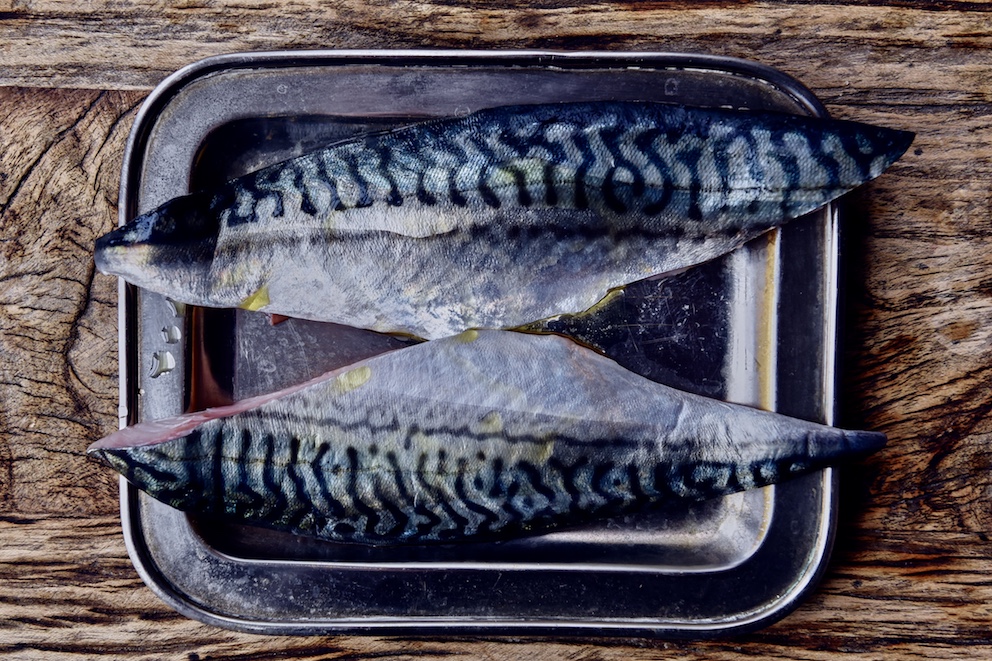 While many people will pay vast amounts for oysters in restaurants, you can pick them for free in the Wadden Sea. When the tide comes, you can – with a little guidance from a skilled guide – go oyster hunting. The tides are irregular at best, so you need to know when exactly to get in and out. Jesper the Oyster King is your guy. He knows the tides as well as the best spots for osyters in the Wadden Sea. The taste of an oyster that fresh is wonderful. He even brings a grill to the beach to prepare them in different ways. The experience is unique and the taste incredible. A must in this region. 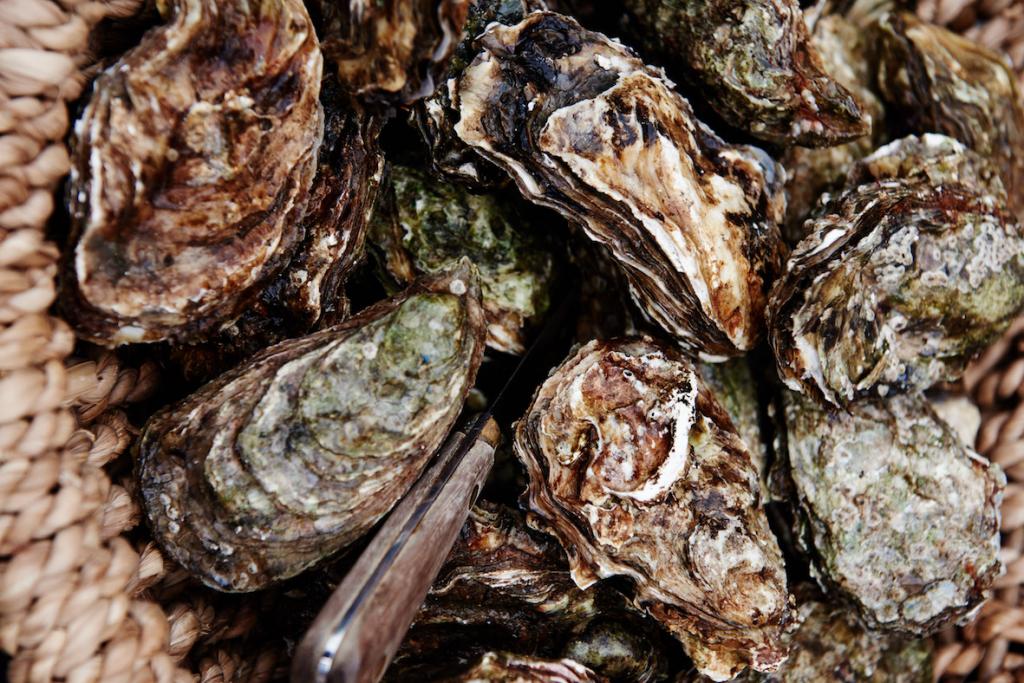 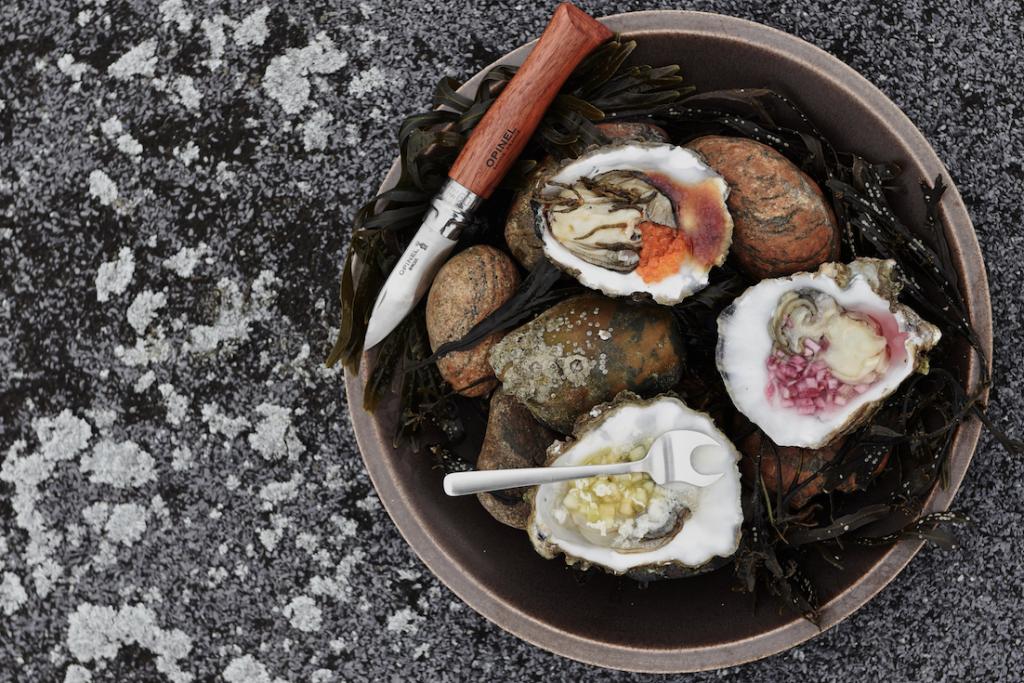 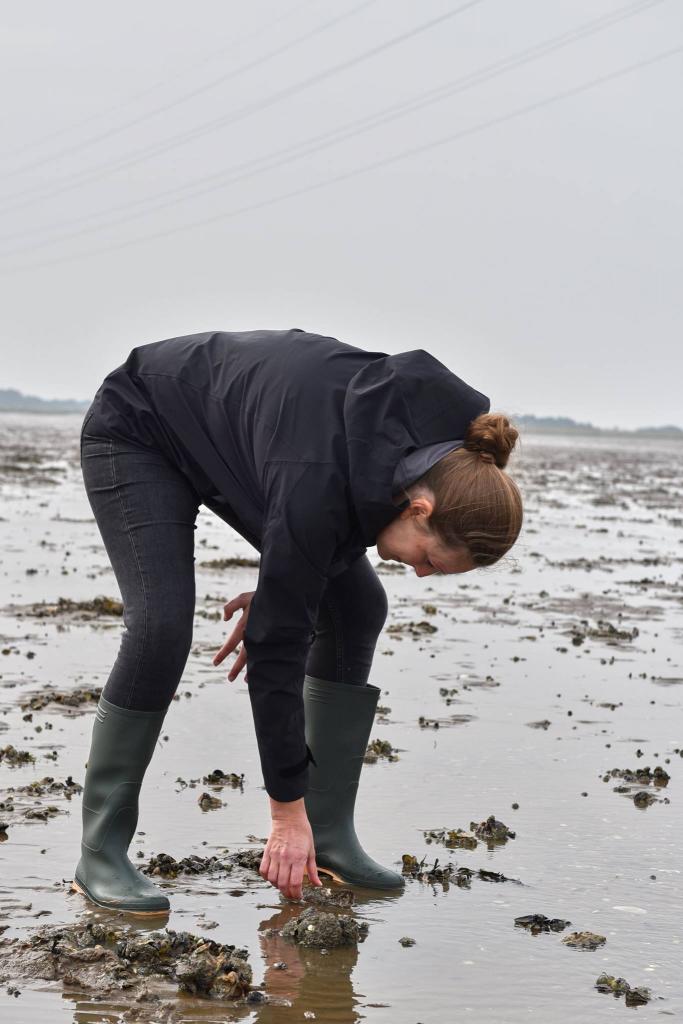 This cute little inn is located in the town of Sønderho on Fanø. Sønderho is probably one of the most picturesque towns in Denmark. Thatched houses in different colours hidden between sand dunes and rabbits running wild. Sønderho Kro dates back to 1722 and was the inn to sailors coming home from expedition all around the world. It has probably seen and heard its fair share of stories.

The different rooms in the inn are named after previous ships or the families of the previous owners. The kitchen is run by Jakob Sullestad, who is creating magical dishes on a daily basis. The restaurant does not have a Michelin star, but should in my opinion get one for the next round. A fusion of the Danish and French cuisine rooted in the local area. So be sure to get a copy of Jakob Sullestad’s cookbook entitled Sønderho Kro Anno 1722, which was published in 2015. Kropladsen 11, Sønderho, Fanø

The island’s biggest city Nordby is home to a museum featuring the colourful national costumes of the island. The so-called ‘Fanødragter’ is contrary to other places in Denmark still very much a part of life of Fanø. The historical costumes on display are quite extraordinary. The headwear is called a ‘strude’ and you can find instructions on how to tie it. The Danish photographer Trine Søndergaard has taken several pictures of women in the traditional outfits. Hovedgaden 28, Nordby, Fanø

Nordby is one of the best places to buy cheese, charcuterie and other delicious treats. While you are there, try one of their ‘landgangsbrød’, which is traditional Danish open-faced sandwiches. On top are local specialities such as salmon, shrimps, dried dab and ham’n’cheese. If you have an interest in Danish design, the café is decorated in classic Danish furniture by Arne Jacobsen and Verner Panton. Hovedgaden 90, Nordby, Fanø 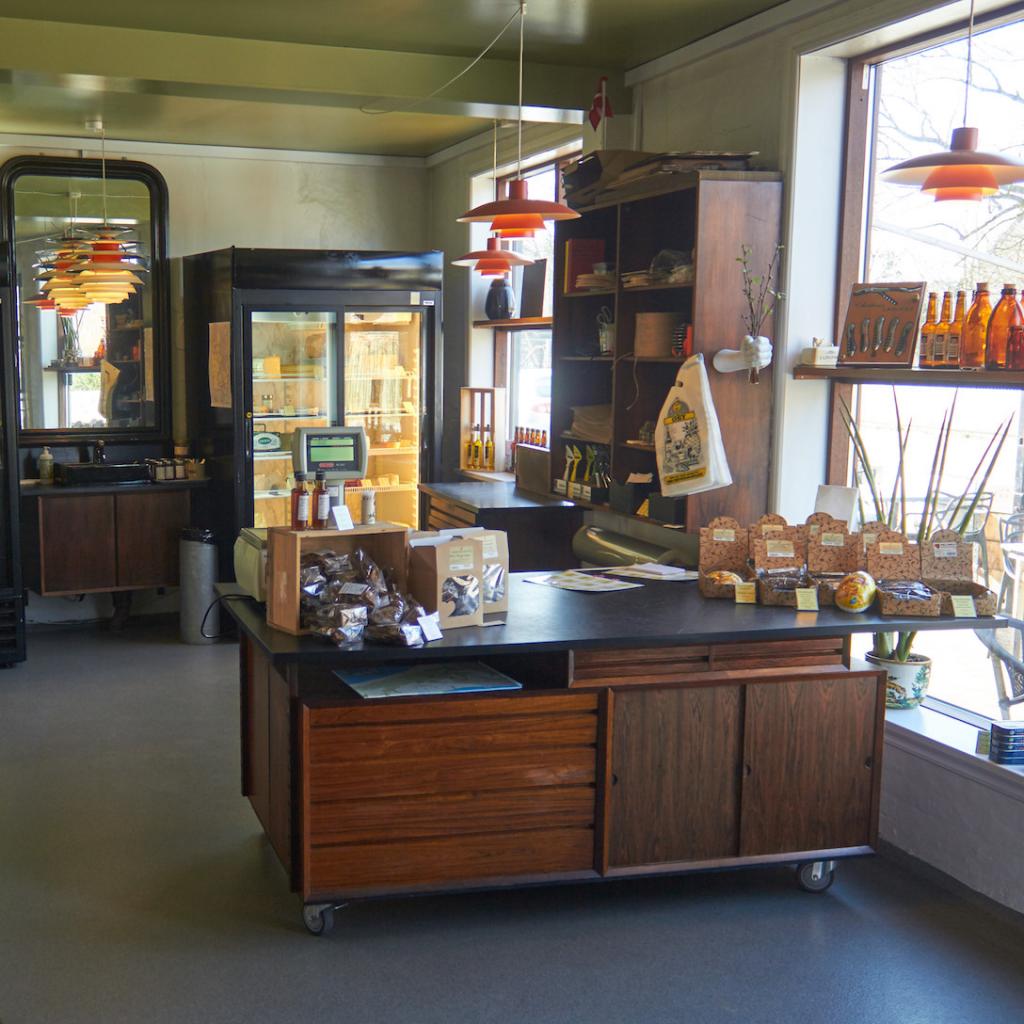 Most major airlines fly to Copenhagen and from there take the train to Esbjerg. Or rent a car to drive from either Copenhagen or Billund airport.

The nature in the area is so unique for Denmark. Unforgettable. The food and produce is better than anywhere else in the world. And Denmark is a hotspot right now, so visit before your friends do.